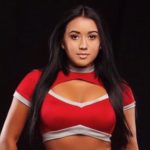 “I’ve been training in the Human Performance program at JASAT for three months now, and I have noticed a difference in both my body and performance. I am more lean, flexible, and have better stamina while performing at Toyota Center and different appearances around Houston. I’ve trained at many gyms but JASAT is by far one of the highest quality gyms I’ve ever been a member of. Their coaches are extremely present, knowledgeable, and encouraging throughout each workout. The facility itself is spacious and very clean. What I love about JASAT is they plan each workout for you, the exercise, the reps, the weight, everything! All I have to do is show up and put the work in. Im proud to be a member of JASAT and am excited to see more progress.”

“I started bringing my son to Jaxson for training, and it has been the best decision ever. Jaxson has been an incredible positive influence. He has provided so much encouragement and positive reinforcement for my son that as a parent I could only hope for. He has also taught him so much technically that he has gotten remarkably better/faster at his running ability. Jaxson then helped me in getting back into some kind of workout program. He made a valid point in that I am already at the gym, might as well utilize my time. Then came the 2nd best decision I made! Jaxson then progressed into his boot camp classes. I have enjoyed the challenge and motivation that he and John provide. I have always been somewhat uncomfortable with working out and they have both been extremely positive and reassuring in the journey.”
– Amy Crowder, Human Performance client

“JASAT has helped me become more agile and faster. The workouts are as tough as you want them to be. It’s all business when you walk in. However much you put in is what you’ll get out.”
– Isaac Guinn, Clear Brook High School LB 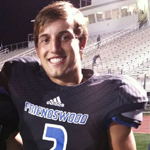 “JASAT has produced the results I was looking for. Jaxson always corrects me when I make a mistake and gives me a reason for every exercise we do. His workouts are always evolving and expanding. Jaxson is not only a great coach; he is a perfect role model for athletes that want to get better.”
– Tyler Page, Friendswood High School QB – SMU Class of 2017 Commit

“Since I met Jaxson, he has taught me how to run and become faster. He has been a positive impact in my life. He is always honest with me and I can go to him with any problem and he helps me. He has taught me in more than speed and agility, he’s taught me life lessons, how to see the positive of a bad situation, and to keep going through tough times.”
– Max Crowder, Dickinson High School WR/Track 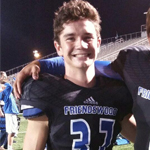 “JASAT is an excellent learning environment with impeccable hands-on training. Jaxson is an incredible mentor and trainer, as well as a very spiritual man. His training gives results, builds confidence and improves all skills which every athletes needs to succeed. I have been working with Jaxson for a year and a half and am proud of the results!”
– Johnnie Nemecek, Friendswood High School Football/Baseball

“Let me first start by saying I am a very hands on and involved parent. I’m the guy who is on the field and doing the coaching. I am a very analytical guy who can be a bit critical at times. I say this so you can understand what kind of person this testimonial is coming from.

My son Hennley started taking speed and agility classes with JASAT when he was 6. I was a little skeptical on how he would do with concepts of technical speed and agility training at this age. I thought to myself, “Will I just be throwing money away? Will he be able to retain any of this etc…”

Jaxson and I spoke several times prior to committing to joining the program. Jaxson told me, “Cliff, the way I instruct and teach coincides with the idea of building a house. Let me lay the foundation, frame up the walls and put a roof on it.” Upon hearing this I said, “Okay, this isn’t going to happen overnight, but we’re in.” The first evening of class I was right there, 5 feet away the whole time, watching and analyzing like crazy. As the class went on, I was ecstatic by what I had witnessed. Jaxson Appel has an incredible ability on translating his ideas to kids at their level in a format that is very absorbable. The kids see his gentle patience and really respond to his instruction. He runs a fair and tight ship that the kids respect…it’s awesome to watch.

So we went week after week, and by week six Hennley’s running mechanics really began to take shape, and he was starting to really fire on all cylinders. He went from an 18-24″ stride to about a 42-48″ stride and was covering ground quick. When he was running the bases at baseball practice, all of our select coaches were wondering, “Where did Hennley learn that speed???” The joke of the team was Hennley’s “twinkled toe” running style. I let them all know that we enrolled with JASAT Speed & Agility and they were very impressed with how far he had come in only six weeks.

I still stand amazed at what Jaxson has done with my boy! I am very grateful that I found his program. Hennley and I have learned so much. Hennley comes up to me all the time and says, “Dad, do see how those kids are running? …It’s wrong, Dad look.” I just chuckle and whisper a thanks to JASAT!

I encourage any and all to take the six week challenge and you will really see a difference. Oh, I almost forgot. Hennley begs to go because he says it’s so fun!”
– Cliff Santellana (Pearland, TX), Father of 6-9 year old Speed & Agility client